Fire along with water,  earth, and the air is considered to be one of the eternal parts of the world. It appears in various cultures, numerous legends, and myths. At the same time, you can find the fire as an inseparable part of many celebrations dedicated to the changing of the seasons, when the frosty days of winter are replaced by the fragrance of spring and eventually by the sunny days of summer. In India, people celebrate the equinox of spring on the Holi Festival. In Spain people celebrate Las Fallas, greeting Spring, burning everything old, saying ‘goodbye’ to the past year and ‘hello’ to the new life. Meanwhile in Scotland people carouse in a wild dancing around the huge dazzling bonfire, celebrating the anticipated change of the season, the death of winter and the birth of summer. This day is known as the Beltane Fire Festival.

THE HISTORY OF BELTANE FIRE FESTIVAL

The roots of the Beltane Fire Festival can be observed in Celtic Mythology. The name of the festival originates from the Solar God Bel, the god of death and life, the god of light and fertility. Those times the Sun God Bel was one of the most worshipped deities, who had the power to defeat dark forces and bring the light, the warm and sunny days of summer that all the people were looking forward to. To welcome the summer and pay homage to the Solar God Bel, people kindled bonfires, uniting in the singing, jumping across the fire and dancing to the pulsating drumbeats, absorbing the energy of fire, healing, cleansing and purifying themselves from evil and bad luck. However, around the bonfire, you could see not only people but the livestock (pasturing used to be one of the main activities for Celts). People believed that the fire had a power not only to protect people but the farm animals as well. So, this fire ritual was annual tradition before the beginning of pasturing and putting the cattle to the fields.

As far as you can see the bonfire is the main highlight and embodiment of boundless energy. But there are some other allures of the festival. First of all, no Beltane Fire Festival was possible without bannocks, traditional oatcakes. While bonfire served for defending human beings and livestock, bannocks were made to venerate fertility of the earth. It was believed that if you ate one such oatcake on the Beltane morning,  you were blessed to have livestock and crops wealth. Nowadays people also make bannocks, but besides the traditional bannocks, you can find many variations of this pie.

Another interesting Celtic tradition is handfasting. This is the act of tying hands that means the temporary marriage, not bound by the vows, or so-called permanent marriage, which depends on the seriousness of couple’s intentions and the size of the flame of their love. This tradition also leaped through the time, being quite popular among couples on the night of The Beltane Fire Festival.

Although some main rituals remained, the celebration you can experience nowadays is not the same as it used to be. The modern version of Beltane Fire Festival was first held in 1988 by the creative musical band Test Dept, brilliant choreographer Lindsay John and the academics from the School of Scottish Studies at the University of Edinburgh. Their purpose was to promote the sense of oneness of the people with the environment by means of unique modern interpretation of the ancient festival while preserving some old Celtic traditions. With the time the Beltane Fire Festival developed and grew significantly. It attracts more and more people to welcome the summer in rowdy uncontrolled revelry around the large bonfire on the Calton Hill at night before the 1st of May.

The Night of the Beltane Fire Festival

The festival itself is a spectacular procession that commences at the National Monument of Scotland and moves along the path to the hypnotizing rhythms of drummers. The heads of the parade are the Green Man and the May Queen, accompanied by a number of other mythological characters.The journey of Green Man and May Queen is constantly interfered by various groups who either help or hamper their progress toward the end of the procession.

When the dramatic performance symbolizing the beginning of summer comes to the end, the Green Man and May Queen welcome the summer by igniting the bonfire. This magnificent night ends up in the Bower where the couples are handfasted and all the performers and spectators dance, eat and drink, celebrating the change of season. People simply let loose. They free themselves from clothes and strict rules with moral duties imposed by society. On that night people merge with nature, turning into a whole one. 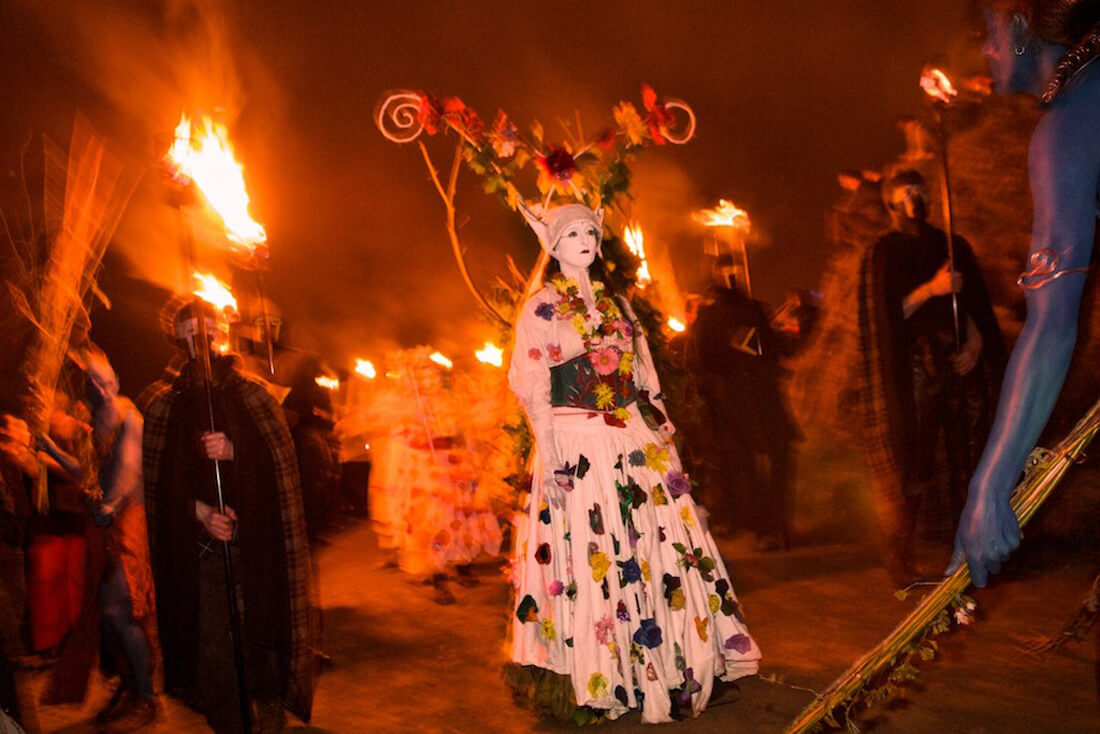 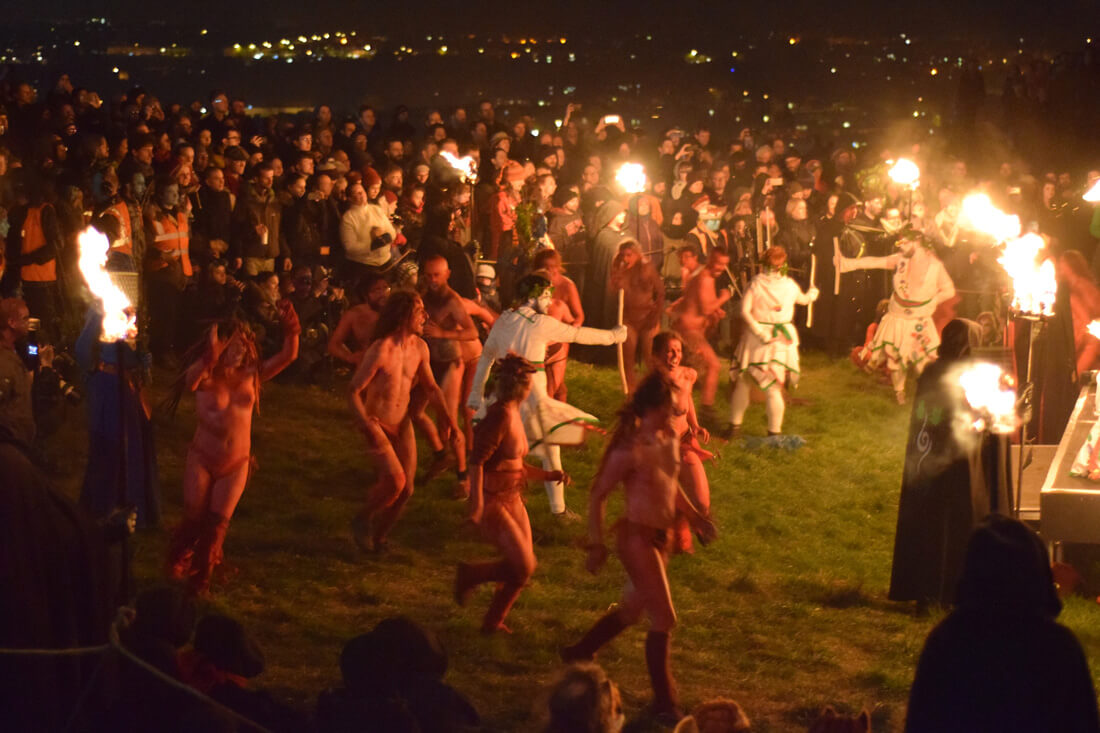 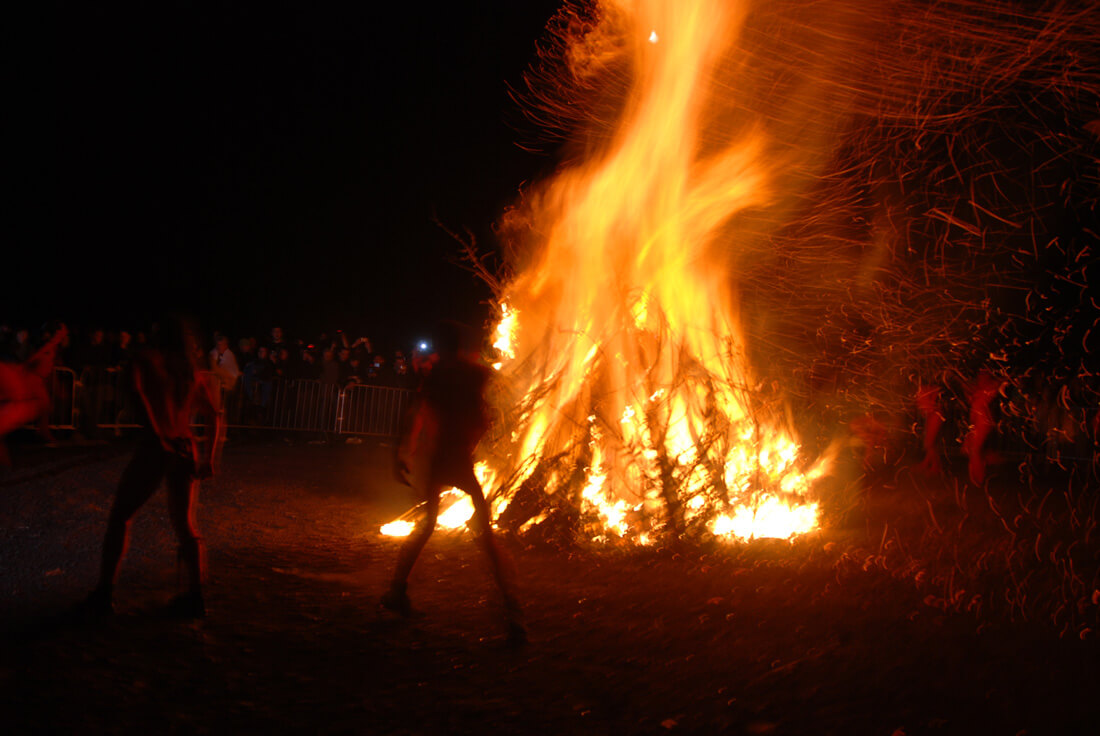 If you want to experience frolic atmosphere of people blending in fiery, hot dance honoring the Sun, visit one of the most exquisite festivals in Scotland, based on the modern view on the rich Celtic traditions, yet keeping the true spirit of Scottish people. And remember that the Beltane Fire Festival is more than just a show. It is a chance to feel yourself a part of the boundless Universe, ruled by the Almighty Nature.