Japan was always known for its modesty, manners, strong traditions,  complex and demanding etiquette. Japanese people are always polite and respectful, especially towards people of a higher social status. They are never late, as they appreciate the time and perfectly understand the meaning of ‘a hard work’. They bow a hundred times a day while greeting or thanking. But at the same time, having a perfect reputation on the international level, Japan can brag of the most bizarre traditions and festivals, that astonish people all over the world.

Speaking about the most mind-bending and jaw-dropping events in Japan, the first place goes to the Kanamara Matsuri or the Festival of the Steel Phallus. It is annually held on the first Sunday of April at the Kanayama shrine in Kawasaki. The central theme of the event is a penis. Therefore it is the one-of-a-kind event with the tremendous concentration of men’s genitals in the form of different delicacies, candies, carved vegetables, various decorations, and parades. However, it is a mistake to associate this festival with some perversions. In fact, while some foreigners cram the festival to giggle and gawk, for Japanese people, this celebration has a deep, religious and thought-provoking meaning.

ORIGIN OF KANAMARA MATSURI.
DEMONS OF THE PAST AND NOWADAYS

Let’s look closer at this event. Kanamara Matsuri traces its origin to the Edo period. One of the most popular explanations of the appearance of the Festival of the Steel Phallus is the legend about “vagina dentata” or toothed vagina. According to the legend, there was a sharp-toothed demon who was totally enamored of one beautiful woman. But the woman didn’t love him at all and married another man. The demon got mad and decided to inhabit the woman’s vagina before the wedding night.  And when the act of love was about to happen, furious demon bit off the penis of the groom.

When the woman married another man, the jealous demon showed his sharp teeth again and bit off the penis of a poor man. The woman was desperate. So, upset villagers made a plan how to deceive the demon and help the woman to get rid of this evil.

However, there is another more realistic version of how the Kanamara Matsuri emerged. “Vagina dentata” can be considered a metaphor for the outburst of syphilis during the 17th century. The shrine has served as a meeting point for many local comfort women that annually gathered to pray for protection against sexually transmitted diseases. Nowadays situation didn’t change much, but instead of syphilis, there are other diseases. So, Kanamara Matsuri is not just a festival of the penis, it is, first of all, a tool to raise the awareness for HIV, AIDs and other STI’s. Also, it is a celebration of fertility. Many young couples and families come to pray for fertility and safe childbirth. But as far as Kanamara Matsuri is the festival, its main purpose is to make people have fun.

WHAT TO EXPECT FROM KANAMARA MATSURI

The main highlight of the festival is Penis Parade, which starts around 10 am. The procession consists of three mikoshis ( portable Shinto shrines), each containing a gigantic phallus. The first mikoshi is a black steel phallus that commemorates the original penis from the legend about the demon. The second mikoshi is an old wooden model of the phallus. The third one is a huge pink penis, called Elizabeth. It was donated many years ago by the famous Tokyo cross-dressing club called Elizabeth Kaikan.

It is hard to find right words to describe the atmosphere during the parade. Some people blush, others eagerly take photos with enormous statues of the phallus. And except for the three main erected idols, you can contemplate thousands of other penis variations. To blend in with people, don’t be shy and wear a penis hat, or even penis costume. Don’t forget to buy phallic souvenirs for your family and friends. You should also enjoy some penis-shaped food (mind, that buying any goods at the festival, you donate money on AIDS research). Try the most popular delicacy during Kanamara Matsuri, a penis lollipop. Make a pervy selfie with it AND DON’T CARE WHAT PEOPLE SAY. Japanese take everything easy, for them, penis and vagina are just parts of human body and there is nothing to be shy about. 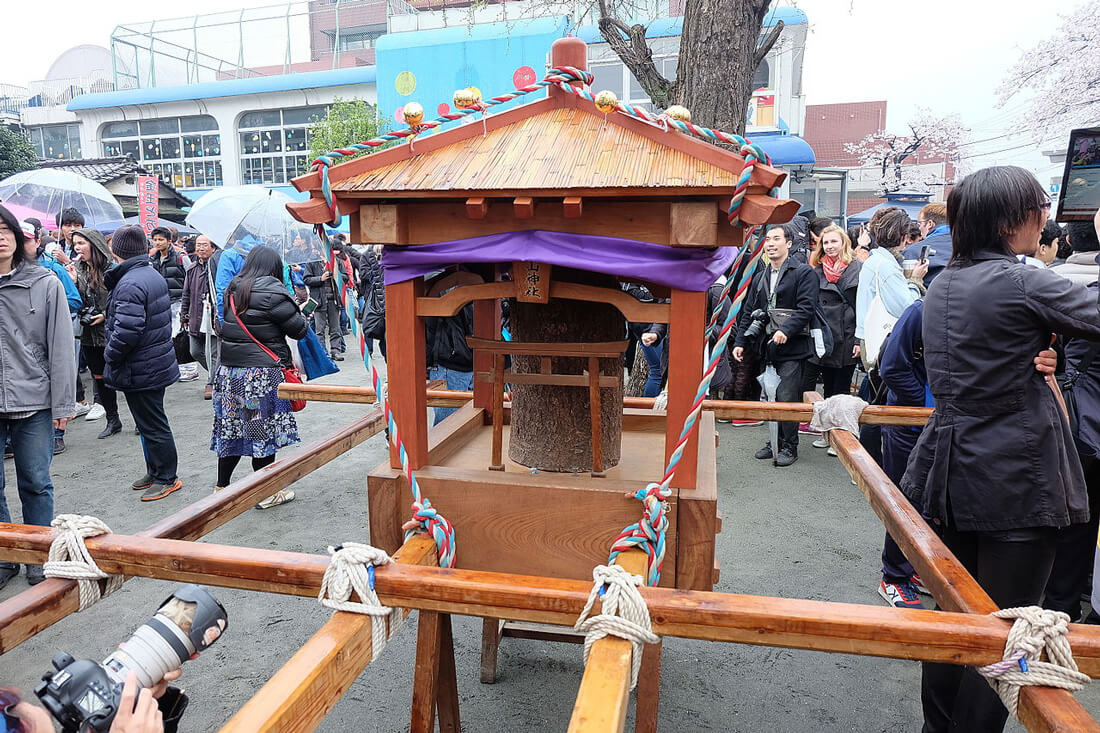 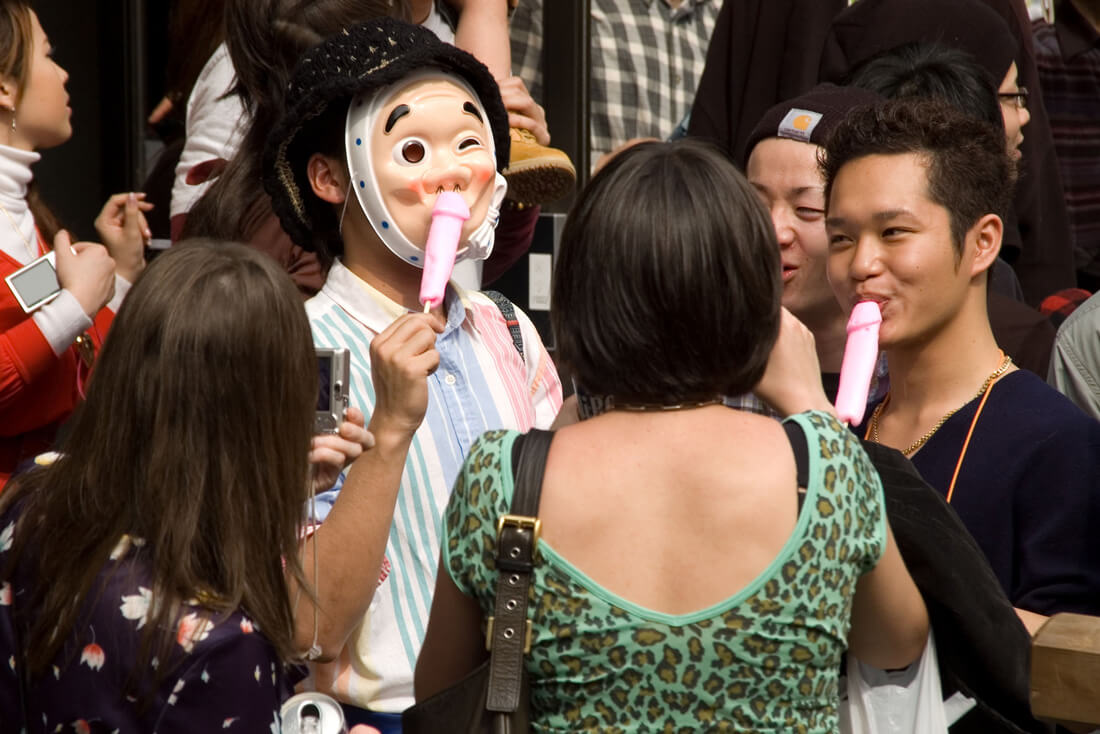 After the festival, you can explore some nearby streets, visit some interesting sights like  Kawasaki Daishi Heiken-ji Temple or Toshiba Science Museum or simply take a walk in one of the numerous parks of Kawasaki, enjoying the fragrance of cherry blossom.