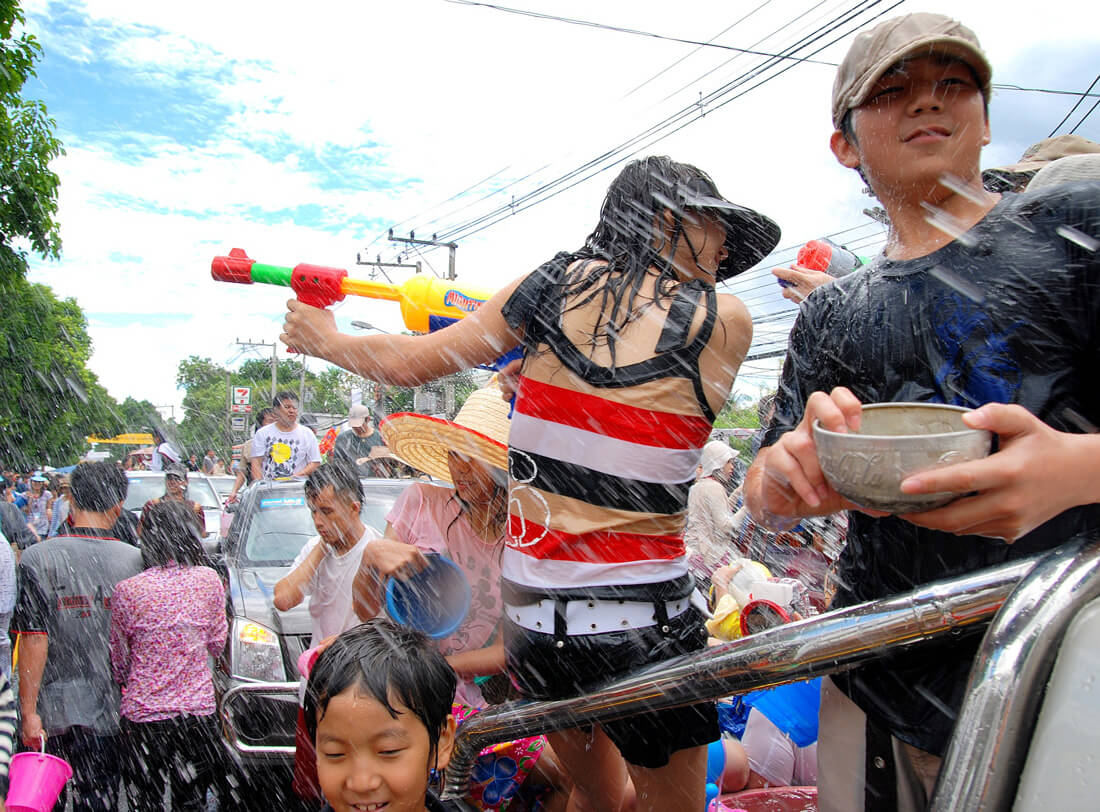 Are you ready for the biggest, the wettest water festival ever? Bring water balloons, squirt guns, any kind of spray bottle, or simply a bucket. Fill all you have with water, and let the Water Fight begin!!!!!

In April Thailand is transformed into the battlefield, where people ruthlessly attack each other with water. This wacky event is known as the Songkran Festival. However this festival can be observed from two sides, and in fact, carries a deeper meaning than water mischief. 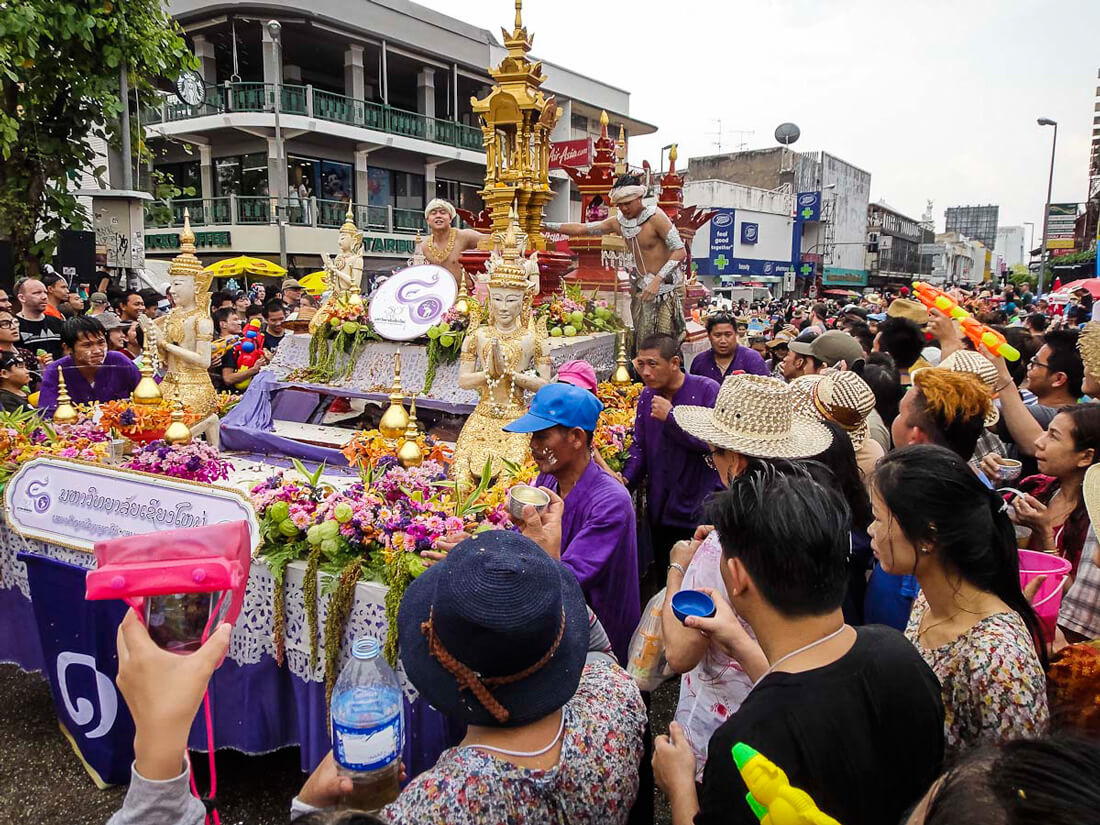 Songkran is the Traditional Buddhist New Year, celebrated from 13 to 15 April. It is considered to be introduced by Brahmins ( priests, scholars of Vedic literature) from India and its name, “Songkran”, can be translated from Sanskrit as change or transformation. That is why on the Songkran people try to get rid of old possessions, sorrows, and problems of past year and move forward. Also in the New Year, Thais go home, to pay respect to monks, family, friends, neighbors. Celebrating Buddhist New Year, people may also go to pray to the temples and wats. They also clean the images of Buddha on house shrines and local temples, carefully pouring them with scented water, as they believe that cleansing can bring good luck and prosperity. In addition, in Chiang Mai, you can see brightly adorned floats with Buddha, which people also shower with water. And, of course, people spill water on each other,  giving the blessing, purifying from bad luck and protecting from evil spirits. Eventually, due to this ritual, the Traditional Buddhist New Year evolved into the tremendous Water Fight.

MODERN SIDE OF THE SONGKRAN 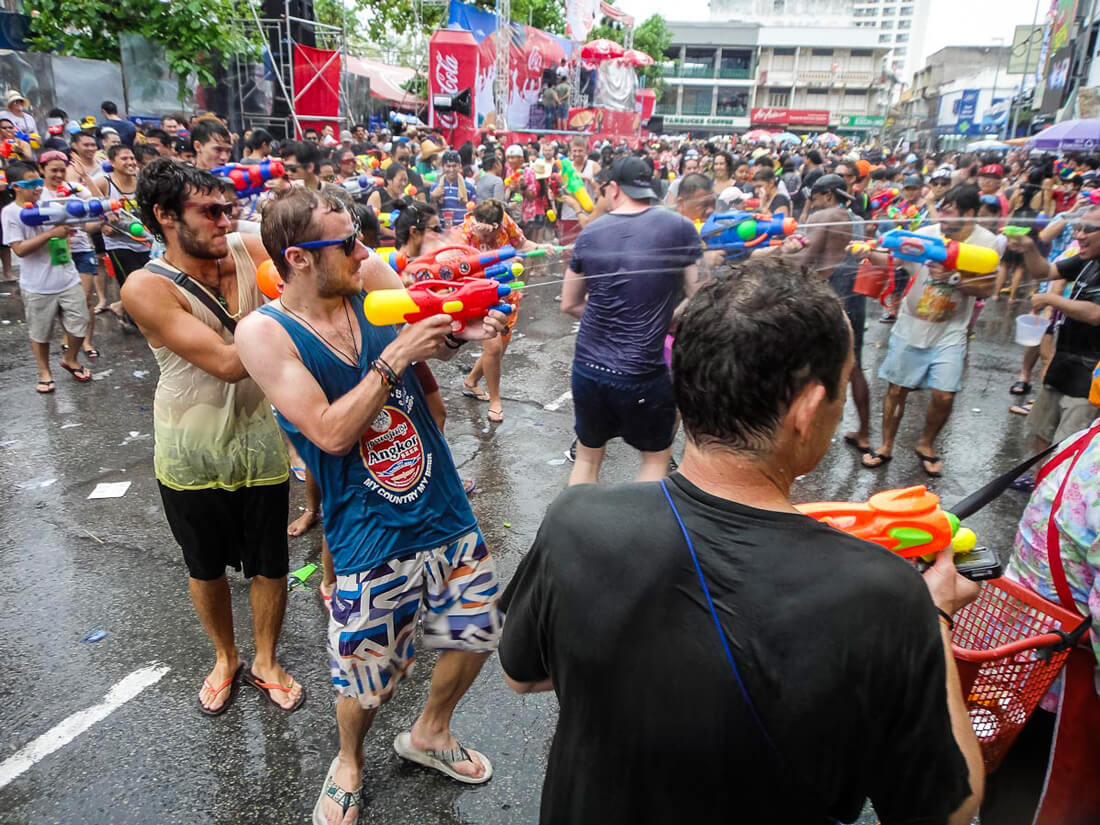 Nowadays, the spiritual aspect remains, but the first association with word ‘Songkran’ is not anymore the Traditional Buddhist New Year, but a three-day water fight. Generally, The Songkran is celebrated in every corner of Thailand and in some other countries. If you are in Thailand on the Songkran, we can recommend you the best cities to celebrate the New Year and to take a part in the water-battle.

Bangkok is definitely in the Top 5. It can boast of its numerous party and crazy atmosphere with flying water. You can also go to  Pattaya City, where usually the Beach Road is cut off to traffic and live music stages are set up to entertain the revelers. For those who want to lie in the sun, feel the breeze coming off the sea, Phuket is number one beach destination. Bangla Road and  Patong Beach are the main hotspots of Phuket during Songkran, however, at night this area is not for an audience under 18, so don’t bring kids. In case you want to enjoy less wild parties, you might like to go to Koh Samui. This is a perfect place to celebrate Thailand’s New Year if you travel with kids.

All the cities we mentioned above have their charm and can compete for the title of the city with the best water parties, but still, the city that can be considered the synonym to the Water Fight Festival is Chiang Mai. We strongly advise this city for those who go to celebrate the New Year in Thailand for the first time.

Chiang Mai is a combination of old spiritual traditions and beliefs with water frenzy. During Songkran, in Chiang Mai, you can be drenched in any part of the city, when you go to the restaurant, or get out of the taxi. Don’t get angry, people do it with good intentions, instead get your water weapon and attack in return. And actually, there is no way you or your friends will get angry. April is one of the hottest months in Thailand and being showered with water is a blessing indeed. You don’t want anything so much as water. In such scorching days, water is the best medicine to be taken both orally and externally.  To soak in water and refresh yourself most of the people go the Old City near Tha Pae Gate, gathering at the moat, used as a water refill station. People fill up with water the weapons of purification and shoot, saying “Suk san wan Songkran!”, which means “Happy New Year!”

Except, for the water fights, don’t miss the painted elephants’ parade and the Miss Songkran beauty contest.  Simply walk around the moat, and have a bite of some local delicacies. To party to the fullest, you can head to  Huaykaew Road, where usually a few stages are set up, that can brag about Thailand’s most popular DJs, pop, and rock bands. The epicenter of nightlife in Chiang Mai, which people swarm when the sun goes down is Nimmanhaemin Road. This area is famous for its numerous clubs and mind-boggling parties. In general, wherever you go in the New Year, Chiang Mai will have smth for you, you will enjoy these three days and probably will have a desire to come back again the next year. 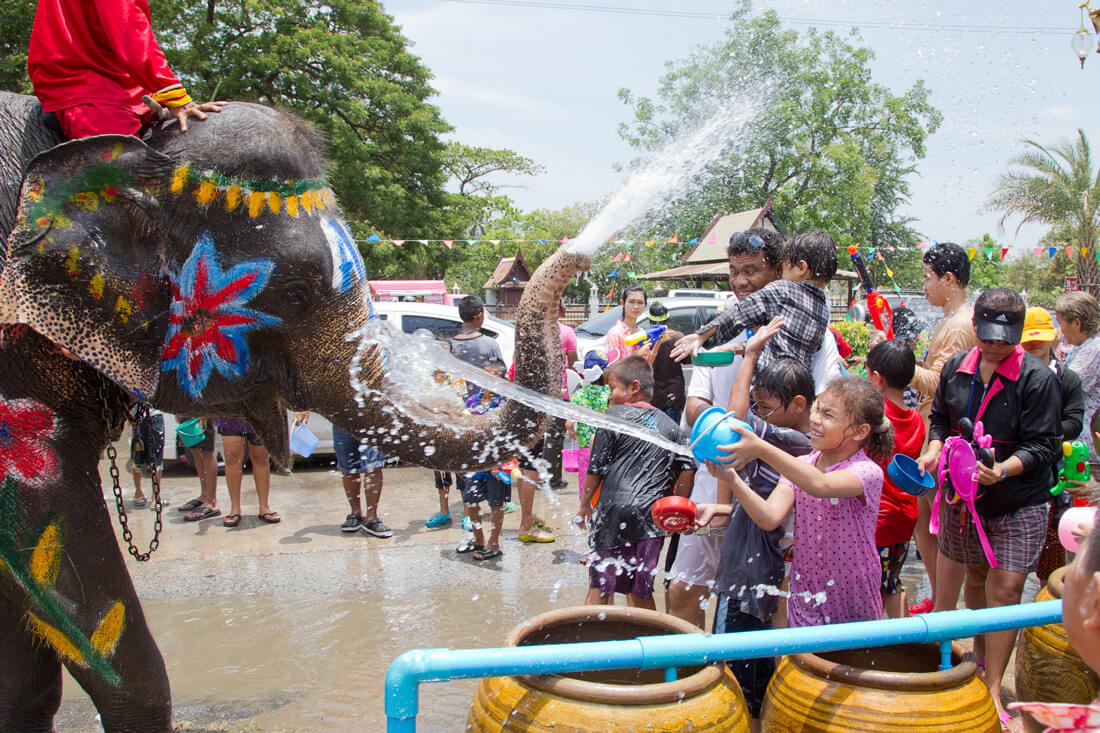 HOW TO SURVIVE ON THE SONGKRAN FESTIVAL

Experience the cocktail of unique Thai traditions with the craziest Water Fight.  The Songkran guaranties only good mood and exhilarating, spirited atmosphere.