“In the meadows our dreams will ring
And the winds will sing our songs.
Let us leap over the fires with the sparks
On Walpurgis Night!”

On the last day of April, when the sun goes down, the door to another world opens. This is a night when spirits walk between people when the air is filled with magic. People are dancing around the mountainous bonfires, which are the embodiment of cleansing power from bad luck; a source of energy, protecting people from evil forces, warding off malevolent spirits and witches. At the same time, this night symbolizes the gate through which the spring and warm days come. People call it Valborgsmässoafton (Walpurgisnacht, Witches’ Night) or simply Valborg.

The name of the festival originates from the 8th-century missionary Saint Walburga (Saint Valborg), well-known for her fighting against sorcery and witchcraft, establishing the Catholic convent of Heidenheim in Germany and promoting Christianity in Europe and especially in Germany.  However, Saint Walburga has never been commemorated in Sweden. Catholic Mass on her day is probably the only connection of Walburga with Sweden.

In fact, Valborgsmässoafton has pagan roots. It all started in the 8th century when on the advent of the spring Germans let their cattle to go out to graze in woods and fields. But to protect their livestock, to frighten the wolves, they used to dance around the bonfire, singing and making noise.  Naturally, that those times such a feast was considered to be paganish, so the Christian priests wanted to stop it. Nevertheless, it wasn’t prohibited but removed to Saint Walpurgis’ day, which evolved even into greater celebration. In Sweden, the tradition of igniting majbasor (bonfire) emerged in the 19th century, due to the German immigrants that came to the Uppland County. That is the brief story of how Valborgsmässoafton in Sweden appeared. But if you ask any Swede, most likely, he will have no idea who Walburga is and what the origin of the Witches’ Night is. The Swedes celebrate the arrival of spring and the approach of summer. That is the main purpose why they gather annually on the night of the 30th of April to frolic around the fire. Valborgsmässoafton celebration is barely connected to religion.

WHERE TO CELEBRATE VALBORG

Speaking of the modern Valborgsmässoafton celebrations, it should be mentioned, that they are not family occasions, but public events and municipalities usually take charge of construction bonfires creating the elated atmosphere. People all over Sweden gather to sing, dance and listen to numerous choirs. The large celebrations take part in Uppsala and Lund, which are known to be the major university cities. For students, Valborg is associated with freedom, last lectures, and approaching of anticipated summer. Students as well as people all over Sweden, start celebrating since the very morning with delicious breakfast, including strawberries and champagne.  The special event in Upsala that is annually swarmed by thousands of people is students’ boat race. So, don’t miss a chance to have a look at students competing in their homemade elaborately decorated and painted rafts on the Fyris River. When the competition comes to the end, students usually gather in Ekonomikumparken and simply let loose. 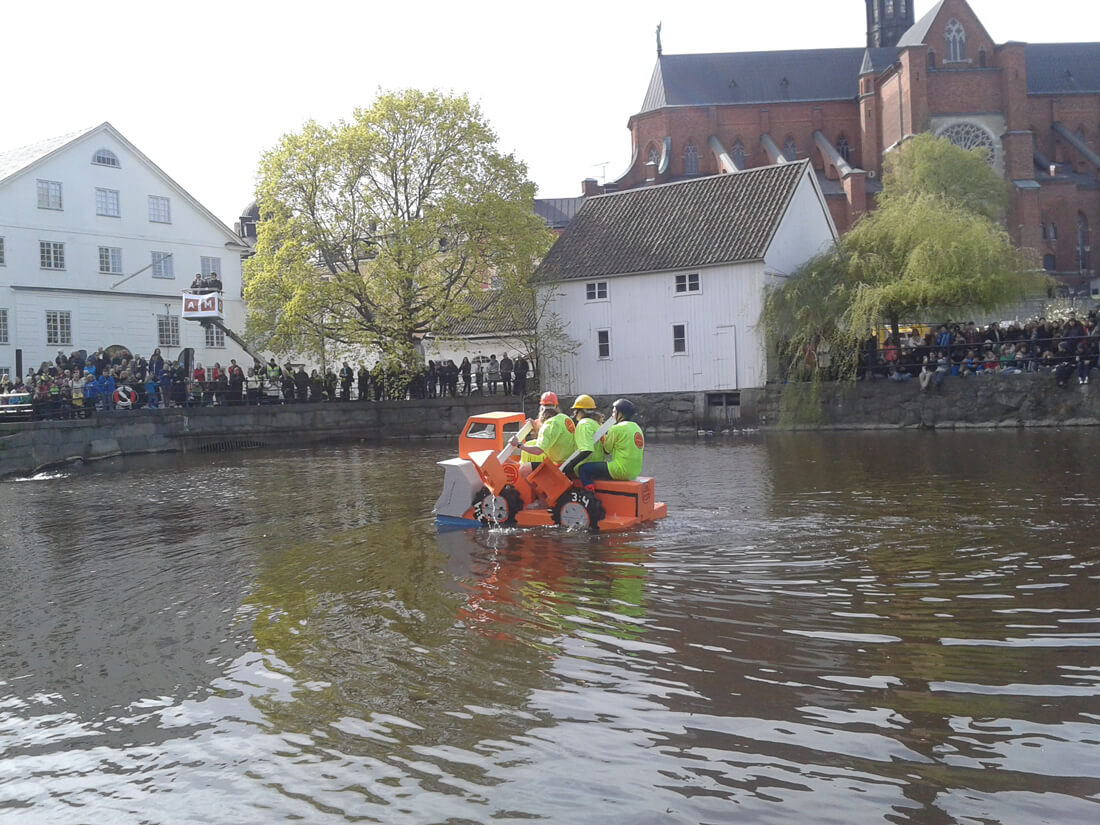 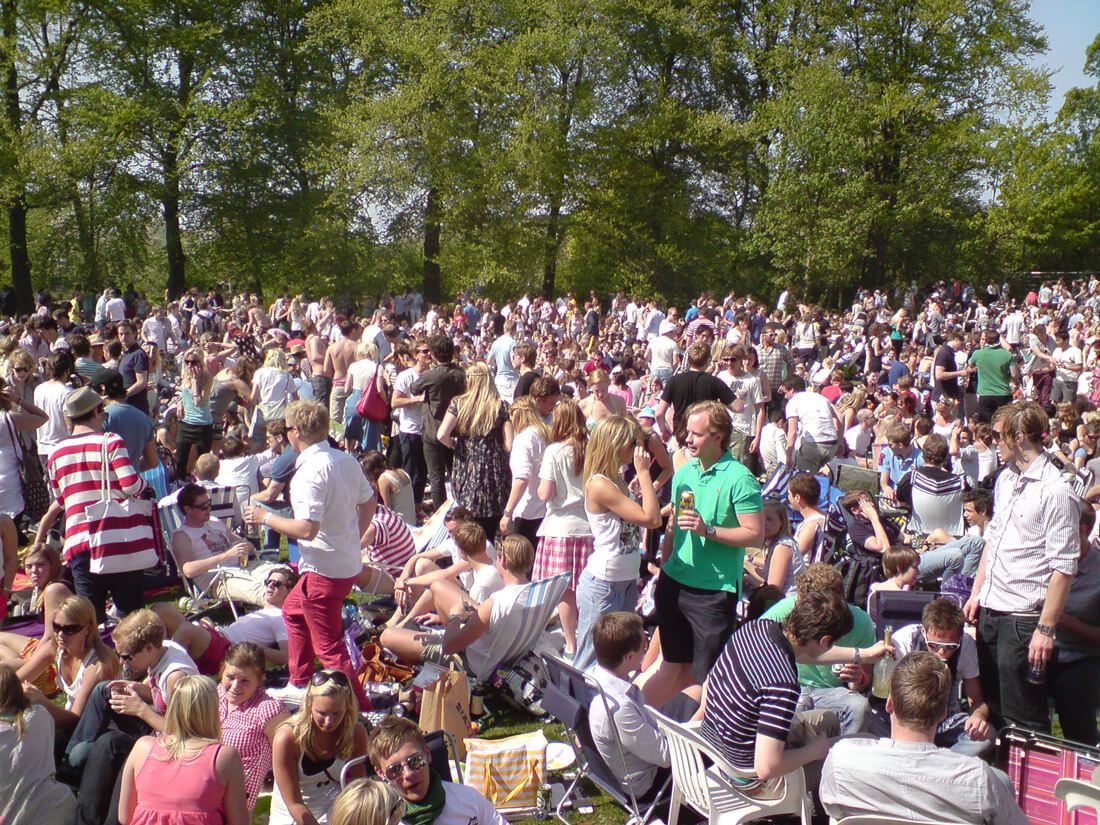 In Lund, the hotspot of the celebration is the town’s main park Stadsparken, where students party not worse than in Uppsala. What is true about celebrations in both cities is that students will guarantee you the merry atmosphere, good mood and a crazy revelry, accompanied by non-stop flow of beer and champagne. In case you want to relish some cultural events you may listen to orchestras, speeches and student choirs singing about the springtime. Choral singing is an inseparable part of the Valborg celebration and favorite pastime for many people in Sweden. On the Eve of Witches’ Night, all the chores in every part of Sweden are busy, singing their tributes to the spring.

Despite the festive vibes of Upsala and Lund, the greatest historical Valborgsmässoafton celebration takes place in the Skansen Open Air Museum,  Stockholm.  Witches’ Night in Stockholm is perfect opportunity to learn about ancient traditions of the Swedes, enjoy the singing of uplifting folk songs by Stockholms Studentsångare (a student choir). But the main charm of celebration in Stockholm lies in its ambiance. At dusk, when the bonfire is lit, people burst into dance, celebrating the end of dark gloomy winter and welcoming the sunny days of spring and summer. Although the fire helps to warm up, we advise wearing some warm clothes, as the spring nights are still rather cold. Another way to ward off freezing cold is traditional nettle soup.  And of course, no festival is complete without crackling fireworks. 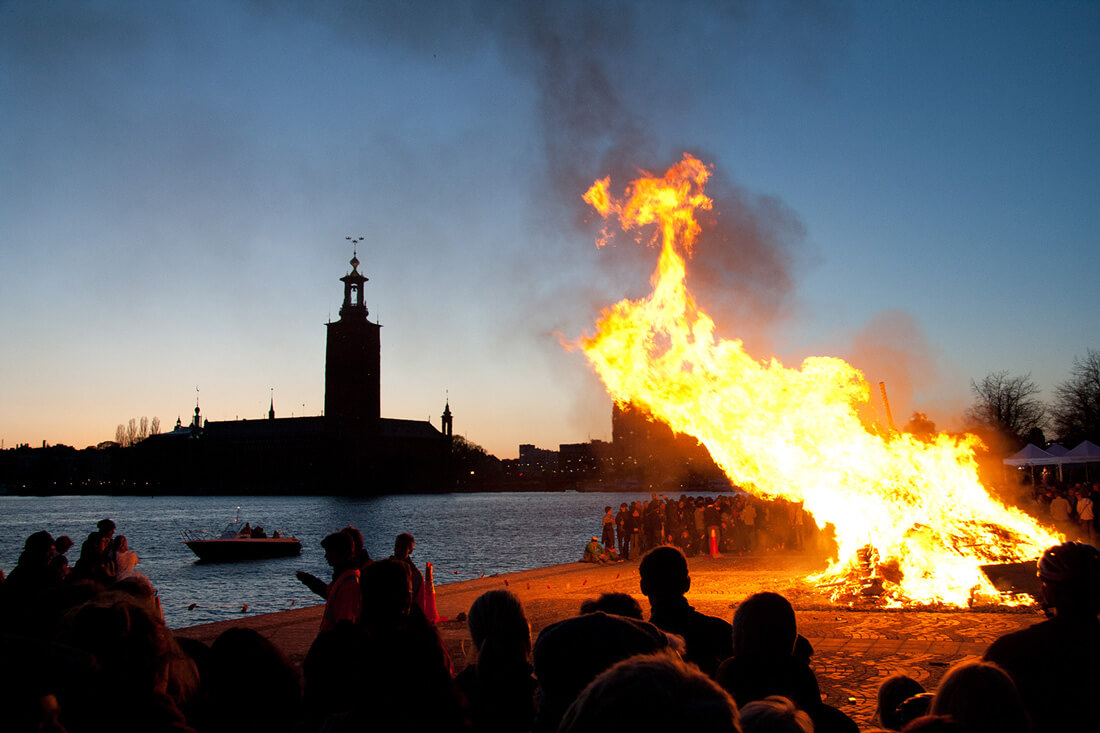 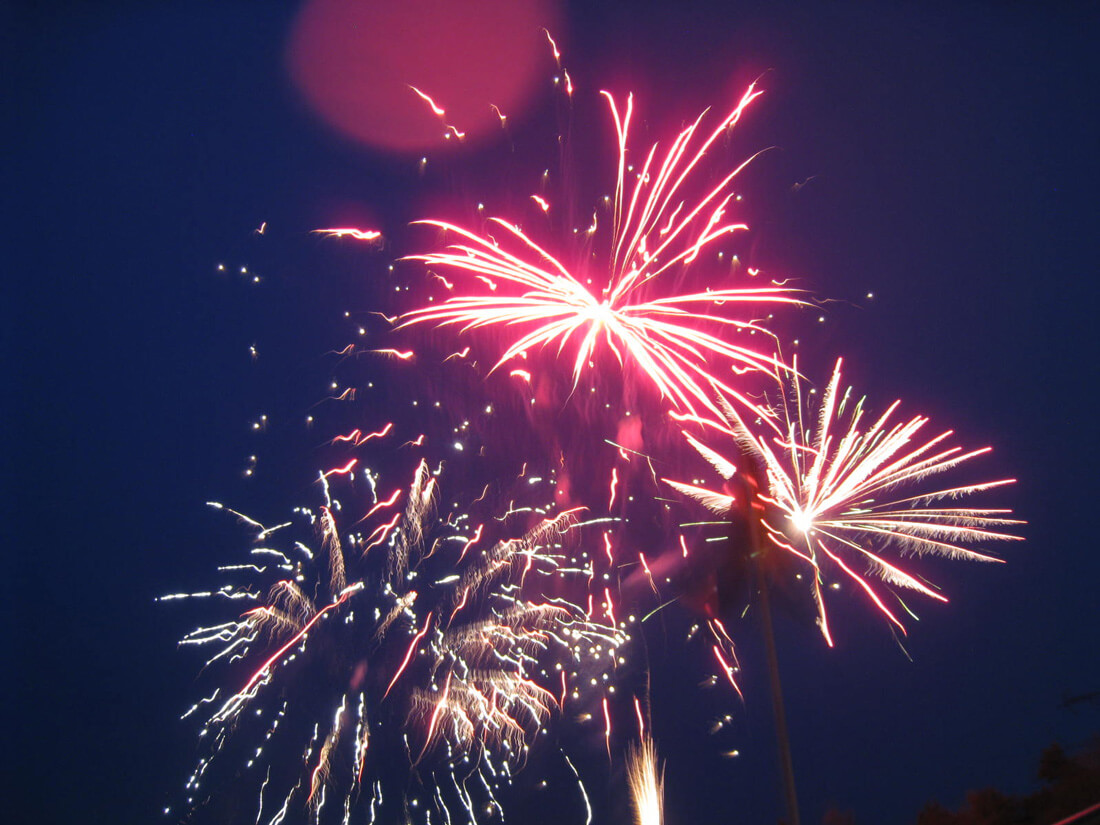 It looks like everything is said about Valborg, but no. On the 30th of the April, you might also notice a lot of flags, not without reason. It happened though, that the birthday of King Carl XVI Gustaf falls on the same day as Walpurgis Night. Zillions of Swedish flags is the way people congratulate and show respect to the King.

And one more thing, it is mistaken to think that when the bonfire dies, the festivities are finished too. People go to the pubs and restaurants or join the boozy parties of their friends. Those parties proceed the whole night and the whole next day because the 1st of May in Sweden is a “red day” on the calendar. It is an International Worker’s Day, which is declared a national holiday in Sweden, giving people one more excuse to party and enjoy the life.

Finally, you can celebrate the Witches’ Night in other countries, like Germany, Finland, Czech Republic and the Netherlands. But if you want to understand what the Valborg means for the Swedes, you have to come and experience it firsthand, blending in with locals in jovial celebration of spring.